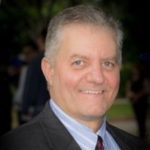 Jeff graduated from Northeastern University in Boston Ma. with a major in Finance.

Upon graduation, he went on to a position in Finance with IBM Corporation in Charlotte NC, and then with IBM Sales and Marketing Division with Federal Systems.

In 1989, after leaving IBM, Jeff was co-founder of OptiLease, an IT/computer leasing company located in Miami, FL. In 1997, Jeff and his partner entered into a Franchise Development Agreement with Grow Biz International, to develop several franchise locations under the Grow Biz Concept name of Computer Renaissance in the South Florida Area.

After selling his company in 2006, Jeff then began Aqua Chill of South Florida, where his company is committed to the highest level of service to its customers, and providing the finest Commercial Drinking Water Systems.

Get a Free QuoteSee how saving the environment can also save you money.

Our ProductsGet the product or products that fit you best.